AAA, AA, Class A, and Interleague Rules Appear at Bottom of Page 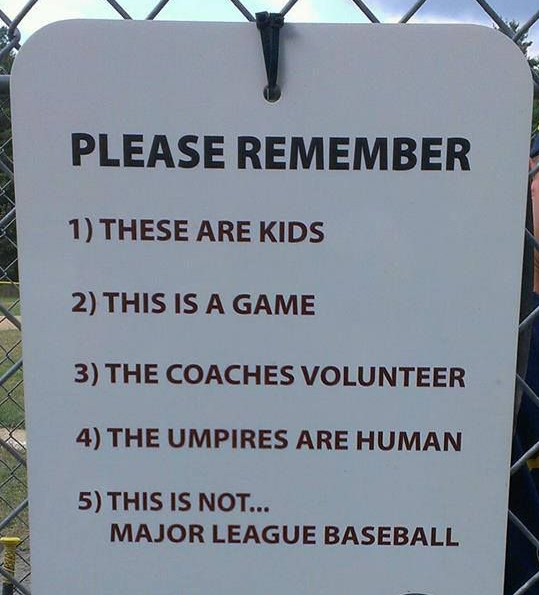 Since 1989, Northwest Washington Little League (NWLL) has been affiliated with Little League International and follows their rules and regulations. NWLL maintains general rules for all players and coaches, and division-specific, house rules outlined below. Additionally, NWLL requires all players, coaches, and parents to adhere to a code of conduct. If you have any questions or concerns regarding rules or conduct, please contact the appropriate Division Commissioner.

All rules from the Rules and Regulations of Little League Baseball and Softball manuals are in force unless modified or superseded below.

Children and adults not currently registered to play or coach with NWLL may not participate in a game, scrimmage, skills clinic, practice, or tryout.  No exceptions.

B. Code of Conduct

In addition to general and division specific house rules for all players and coaches, NWLL adheres to a code of conduct for players, coaches and parents. Our League philosophy is that we honor the game of baseball and keep the focus on the children.

Parents must remember to set a good example to the players in their baseball development by remembering at all times that:

Good sportsmanship is one of the core values of NWLL. All players, coaches, and parents will follow the code of conduct, and learn and follow principles of good sportsmanship, which include respecting umpires, teammates, coaches, the fields, and especially players and coaches on the opposing team. For example,

F. Safety Rules
In AAA and Majors Divisions, policies are enforced solely by the umpires; in Class A and AA, by coaches.

All injuries must be reported to the appropriate Division Commissioner, League Safety Officer (safety@nwlldc.org) and Board President (president@nwlldc.org)

An INFIELD FLY is a fair fly ball (not including a line drive nor an attempted bunt) which can be caught by an infielder with ordinary effort, when first and second, or first, second and third bases are occupied, before two are out. The pitcher, catcher and any outfielder who stations himself in the infield on the play shall be considered infielders for the purpose of this rule. When it seems apparent that a batted ball will be an Infield Fly, the umpire shall immediately declare "Infield Fly" for the benefit of the runners. If the ball is near the baselines, the umpire shall declare "Infield Fly, if Fair." The ball is alive and runners may advance at the risk of the ball being caught, or retouch and advance after the ball is touched, the same as on any fly ball. If the hit becomes a foul ball, it is treated the same as any foul. If a declared Infield Fly is allowed to fall untouched to the ground, and bounces foul before passing first or third base, it is a foul ball. If a declared Infield Fly falls untouched to the ground outside the baseline, and bounces fair before passing first or third base, it is an Infield Fly. On the infield fly rule the umpire is to rule whether the ball could ordinarily have been handled by an infielder not by some arbitrary limitation such as the grass, or the base lines. The umpire must rule also that a ball is an infield fly, even if handled by an outfielder, if, in the umpire's judgment, the ball could have been as easily handled by an infielder. The infield fly is in no sense to be considered an appeal play. The umpire's judgment must govern, and the decision should be made immediately. When an infield fly rule is called, runners may advance at their own risk. If on an infield fly rule, the infielder intentionally drops a fair ball, the ball remains in play despite the provisions of Rule 6.05 (L). The infield fly rule takes precedence. (from Major League Baseball Rules, Chapter 2.00: Definition of Terms, available online.)  Prior to the start of the game, the umpire will inform the coaches of the opposing teams how the umpires will call infield fly rule on any given play, either vocally or using a hand signal (e.g., pointing skyward).

1. No stealing is allowed in the first half of the season.

2. Stealing is allowed during the second half of the season, with one exception: players may not steal home.

There are no strikeouts but outs may be recorded in the field in the following ways:

d.    Before being touched by a fielder, batted balls that contact the base runner(s)

e.    The batter-runner and/or base runner(s) hinders a fielder who is in the process of fielding the ball.  No outs (strike out, force, tag, or base running) are recorded.

f.    A batter-runner or runner passes another runner who is not out.

a.    Shall not advance on overthrows

b.    Shall not lead nor take secondary leads

c.    Shall not slide into any infield base (feet-first slides into home are permitted as no one is covering home and there are no plays at home)

d.    Shall keep a batting helmet on at all times while on base

e.    Shall advance one base on balls hit to the infield and may advance more than one base on balls hit through the infield until a fielder picks up the ball.  When a fielder picks up a ball that has been hit to the outfield, the ball is immediately dead and the play is over.  The coach(es) of the fielding team will hold up their hands to signal that the ball is dead.  If, at that point, the batter-runner and runners are half-way to the next base, the batter-runner and runners will occupy the by next base.  If they are less than half-way to the next base, they will return to the base last touched.

Officials of the league hosting the game will determine postponements due to poor playing conditions. Visiting teams should assume their game is ON until they hear otherwise.

The most dramatic departure from NWLL's AAA house rules is that there are no limits on stealing, including stealing home.

A maximum of 10 defensive players shall be on the field at one time. The batting lineup should be continuous, comprising the full team.

Free defensive substitution is allowed, but the continuous batting order must be maintained

In case of wet weather or equipment problems, the adult manager or coach may pitch to his/her own team

Maximum of 8 pitches total per batter; however, an at-bat will not end on a foul ball

Three (swinging) strikes and out

Batted balls that hit the pitching machine or coach operating the machine result in a single (and dead ball). Runners already on base advance to the next base.

Runners may advance only one base on overthrows out of play (i.e., beyond the first- or third-base lines)