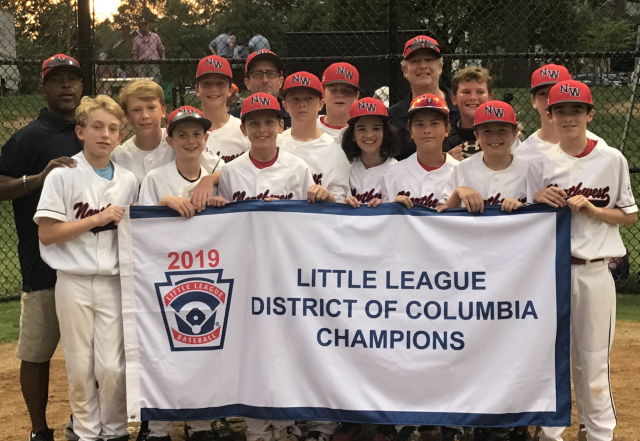 The 12U All-Star team claimed the 2019 District of Columbia Championship title for Northwest Little League, running the table and outscoring opponents 85-16 across seven games in the District Tournament.

The 12U team will head to Bristol, Connecticut to represent Washington DC in Little League’s Mid-Atlantic Regional tournament – the last stage before the Little League World Series.  Their first game is 10:00 am on Monday, August 5th against either the New Jersey State Champions or Pennsylvania State Champions with televised coverage on ESPN+.

The Washington Nationals will also honor the 12U team with an on-field ceremony before the Sep 15th game against the Atlanta Braves.

Good luck boys on the road to Williamsport!