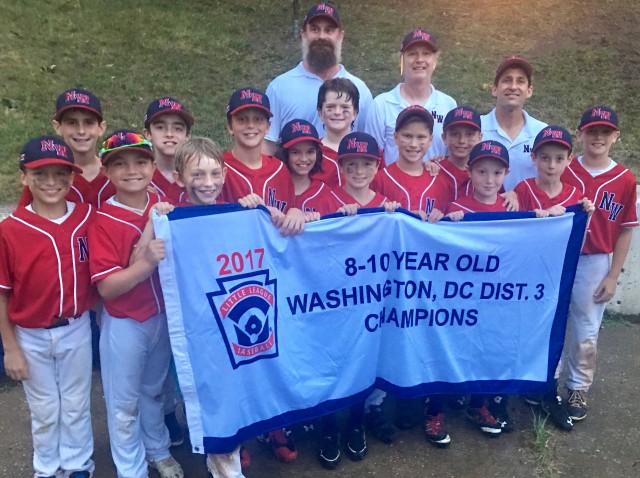 Northwest Little League's 10U all-star team won the District Championship, running the table in pool play and winning the semifinals and championship games of the annual 10U District Tournament in decisive fashion.  The team will travel to Baltimore to represent the District of Columbia in the Maryland State 10U Tournament, which begins Saturday, July 15.

Check out the Current Newspapers' coverage of the 10U District Tournament

NWLL's 10U All Star team had an impressive run in the 10U Maryland State Tournament in Baltimore, reaching the championship bracket but falling to Fruitland Little League in two closely contested title games.