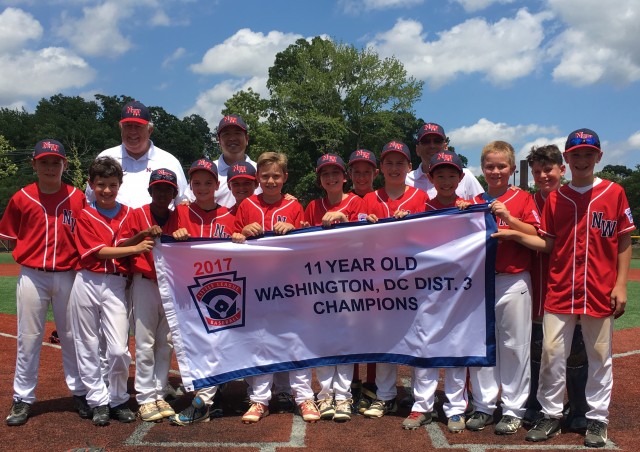 The team will travel to Easton, MD to represent the District of Columbia in the Maryland State 11U Tournament, which Northwest won last year.  The 2017 11U Maryland State tournament begins Saturday, July 22.

Check out the Current Newspapers' coverage of the 11U District tournament